Foods of the Southern Forest

A new recipe book reveals the stories behind the produce that inspired the delicious creations.

Foods of the Southern Forests is a recipe book with a twist. Not only does it feature produce-driven recipes by chef Sophie Zalokar of Foragers Field Kitchen and Cooking School, it delves deep into the personal stories behind the produce. Over the past year, Sophie and food photographer Craig Kinder, have bee gathering portraits and stories from the producers and growers of the Pemberton region in WA. The result is a beautiful book that is as much a cookbook as a celebration of local, fresh and quality ingredients.

We caught up with Sophie to find out more about Foods of the Southern Forests and to bring you her favourite recipe.

How did ‘Food of the Southern Forests’ come about?

The inspiration was from the growers themselves and the relationships and friendships with them over the years of developing our culinary tourism business. The opportunity to write Food of the Southern Forests came about during the formation of the Southern Forests Food Council at the end of 2012. Their financial support for the photographic component of the book, which also created a bank of images for the new regional branding project, Genuinely Southern Forests made it a shared and valuable investment for the promotion of the wonderful produce of our region.

What are some of your favourite stories and characters you have come across during the creation of this book?

I knew quite a few of the characters in the book prior to writing about them, but I didn’t know about some of their quirky backstories, such as why Kay & Phil Gravett named an unidentifiable berry on their property a ‘Rustleberry’, which they ended up cultivating and selling commercially. That as a result of a school project that included releasing rainbow trout into the Eastbrook Stream in 1931, the region ended up becoming well-known as the place for anglers to fish for trout; and that as with horses, marron all have a birthday once a year at Christmas time.

Is there a particular ingredient or recipe featured in the book that you could pinpoint as your favourite?

That’s an almost impossible question to answer, but one of my favourite chapters in the book would be the one about buckwheat. John Della Franca came thundering down our dirt driveway on his tractor 3 days after we moved to Pemberton in 2005 selling us firewood, his labour to mend our fences and buckwheat, which his family had grown for many years. Johnny is a wonderful character with an enormous heart from whom I’ve sourced buckwheat that I’ve milled and prepared in many different dishes. The Buckwheat, Potato & Kale Galette with Fresh Cheese, Sage & Garlic was inspired by the traditional dish Pizzoccheri, which comes from the region where Johnny’s family originally migrated. I first learnt about this dish from my Swiss mother-in-law years before we moved to Pemberton, so there are many lovely connections with this product. 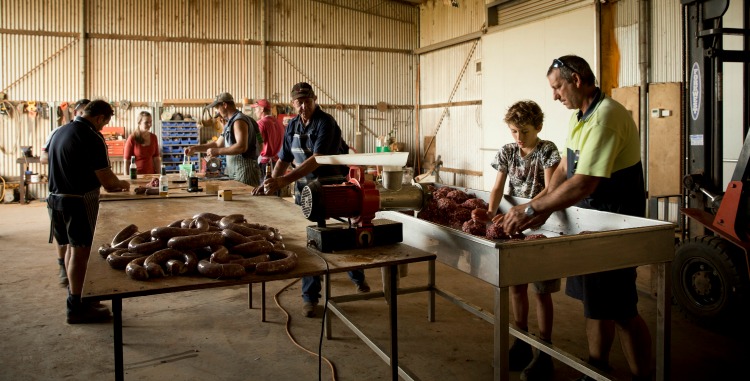 Why do you think the Pemberton region produces so much fantastic, quality produce?

The Southern Forests region has the capacity to produce great quality and diversity of primary product as it has wonderful soil that is capable of great fertility, good rainfall, very clean air, large areas of native forest that protect and shield the cultivated landscape and multigenerational growers who are astute, resilient and driven to succeed.

Why is using local produce so important to you?

There are important expressions of culture and economic advantages when produce, people and place are directly connected that makes using local produce an authentic experience which is inevitably much more pleasurable and sustainable. The shorter the distance and time between where food is harvest and consumed means food tastes better and the associated costs for all, including the environment, are lower.

What have you learnt from this journey discovering local produce and creating recipes?

That being a part of a strong and cohesive community is what enables opportunity and success and that the Southern Forests region is one of the most resilient, most diverse and most interesting places in WA to be cooking at the moment.

Sophie has shared with Slow Magazine her favourite recipe; Cherry, almond and kirsch clafoutis. (A clafoutis is a warm fresh pudding made with a pancake-like batter that’s of French origin). 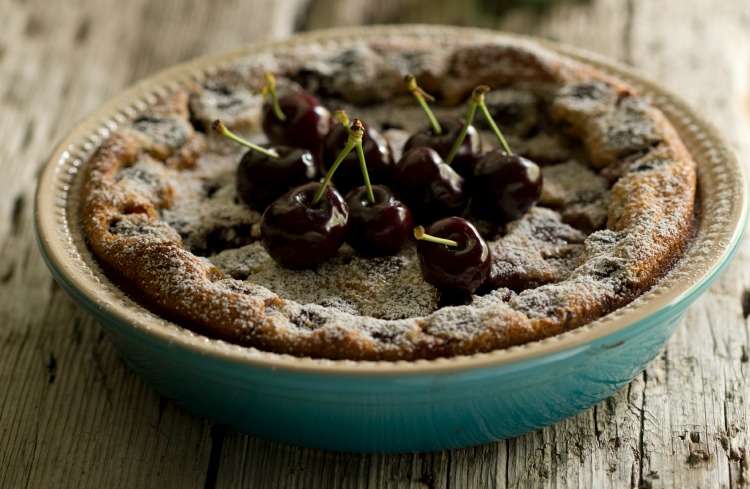 Preheat oven to 180 °C. Beat the eggs, yolks, cream and sugar together in a medium-sized bowl before whisking in the almond meal and rice flour until well combined. Transfer to a jug, cover and refrigerate for an hour. Brush the bottom of a 20 cm shallow, heavy-based baking dish with melted butter. Evenly place the halved cherries over the base and then pour over the clafoutis batter. Bake 30 minutes until the middle is set. Drizzle over the kirsch and leave to cool slightly before dusting with icing sugar. Serve garnished with whole cherries and whipping cream.

Madura Tea - A Taste For Tea And Adventure

The Importance of Spill Kits

Time to get Trolley’d – A Mobile Bar On Wheels

Peach Sangria to get you through the Summer